What to do if your French Bulldog pulls on a leash

Why is your French Bulldog pulling on his leash?

As soon as it can, of the most natural way, your French Bulldog will sniff to look for new smells. So, when walking, he will let himself be guided by a smell on the right, one on the left… And too focused on these smells he will pull on his leash to reach them quickly.

Your French Bulldog pulls on his leash – What not to do?

Training a French Bulldog on a leash – What to do?

Zuke’s brand has created little appetizers that are perfect to reward your French Bulldog when you train him to walk on a leash. These are very small bites which allows you to give several during the walk without risk of making your French Bulldog bigger. Moreover, this treat is natural, it contains no artificial coloring or flavors but they have vitamins, proteins, minerals… 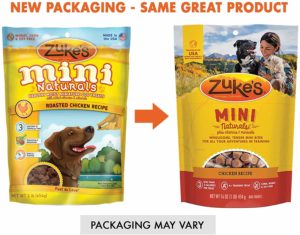 Leash training a French Bulldog – Method to educate him

For some French Bulldog, stimulation with a treat will not be enough. There are (for the French Bulldog “shooters”) training harnesses that allow them to be braked at chest level. This is a great help when you want to train your dog to walk on a leash. But you will have to be patient because the learning method is quite long and laborious. However, it has good results. All you need is to be applied regularly!

When you walk with your French Bulldog and he pulls on the leash like a madman in one direction, you will have to turn around and walk the other way without pulling him and diverting him from his own direction. You’ll tell him Go! So he can follow you the other way.  Then, if he pulls again in the new direction, it will be necessary to immediately turn around and go back in the opposite direction by saying Go!  And so on… As soon as you feel a tension on the leash, you must change the direction of your dog. The lesson should not be too long (15-20 minutes) and should be repeated as often as possible.

As soon as your French Bulldog follows you, remember to congratulate him and reward him with a small treat.

They are often Y-shaped harnesses. The fastener is fixed in front under the chest and not above the back. So when your French Bulldog shoots, it will feel uncomfortable and therefore slow down on its own.

They are perfect to force your French Bulldog to walk on a leash at your own pace. It helps to retain the most energetic French Bulldog. 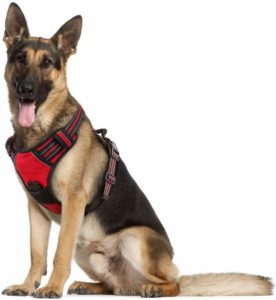 This harness is ideal for the well-being of your French Bulldog but above all for its training in leash walking. Indeed, the traction pressure under the neck is studied for its education but limited to prevent choking or injuries during the walk.

Your French Bulldog will adopt it easily because it is comfortable with a soft padding made of high quality nylon, a breathable and lightweight material.

The majority of Internet users confirm that this training harness is very well adapted to the morphology of their French Bulldog and that the 2nd ring under the chest does the anti-Traction well.

Training your French Bulldog to walk on a leash – When should he be trained?

For better learning, the sooner the better. As soon as you start taking your French Bulldog puppy out for a walk, you will have to start training him to walk on a leash. And the more you educate him regularly, the better the results will be!

We use cookies to ensure that we give you the best experience on our website. If you continue to use this site we will assume that you are happy with it.Ok